My long runs are usually Sundays. Today is Saturday, but I very badly needed a long run this morning. Having someone you love die, it turns out, is stressful. I wanted to go 10 miles. Maybe more. It was 30 degrees out. Good.

Mile 1: I’m starting out too fast. This isn’t a fucking race, for god’s sake. But I feel good and nothing hurts. So why not keep this up for a bit? I’m glad I didn’t wear a headband AND a hat like I was going to. Total overkill. It isn’t even that cold. The sun is out. Split pace: 9:01.

My mother was always in shape. Always. She was never not fit. She got it from her father, who lifted barbells in the 1950s when nobody lifted barbells except for maybe Jack LaLanne and Arnold Schwarzenegger, and that’s a lie because I just looked it up and Schwarzenegger was born in 1947. My grandfather had weights in his basement. He also had a tattoo of a ship on his chest and an anchor on his arm because he had been in the Navy. He later became a professional cartoonist. Some of his cartoons were dirty and those ones were printed in naked lady magazines. He was very funny.

Mile 2: Here’s a road I don’t normally go down. It’s parallel to my usual one so it’ll equal out. I can do this every now and then, can’t I? Go down a different road? Why not? Come to think of it, I can do whatever I want. What a concept. I could run along 25A all the way into Queens if I wanted to. Nobody would stop me. Split pace: 8:45.

Remember the Jane Fonda Workouts? I do. My mother had that tape (tapes?) and did them sometimes. She also had a ThighMaster at one point, but I don’t think she used it all that much. She had barbells like her dad. A weight bench. A stationary bike. The Step. A big bouncy ball whose function I didn’t understand. Arm and leg weights full of sand you could strap to your wrists and ankles during the Jane Fonda Workouts to make them even harder. Feel the burn.

Mile 3: Bayview Road has a view of the bay, so good job to whoever named it. I think I’m probably still going too fast for a long run. I don’t want to injure myself. James Street is coming up, so I’ll slow down there for sure. I wonder how much these condos cost. Probably too much. Split pace: 8:51.

I remember the first time I ran up James Street without stopping. It’s steep as hell, by the way. Infamously steep. This was last spring, after two weeks in a row where halfway up I had to stop to walk until it leveled out again. On the third week, I did it. I kept running. For the entire rest of my run, I couldn’t wait to tell my mom, which I did as soon as I got home. She was sitting on the couch, reading. She was impressed. I always wanted to make her proud. I didn’t think I had been able to, career-wise, so this would have to do. I’ve run up James Street dozens of times since, and I have never again stopped to walk.

Mile 4: James Street. My watch keeps buzzing to tell me I’m going slower than 9:45 min/mile. Of course I am. It’s fucking James Street. It’s okay, let it buzz. A car is coming up the hill. I hope they appreciate how much harder I have it right now than they do. Split pace: 10:05.

My mother never counted calories, but she watched what she ate. Healthy meals but room for dessert. Years before she became a vegan, she would bring me to the local health food store (no matter which one we went to, it always smelled like banana chips and old books) to buy tofu and carob and healthy cookies that never tasted as good as the not-healthy cookies. But she also bought ice cream. She loved chocolate ice cream. My dad preferred vanilla. So did I. This was a constant source of teasing – my mother did not hide the fact that she looked down on us poor, tasteless, vanilla-loving souls.

Mile 5: Does my left foot hurt again? Seriously? It’s tingly. Why is it tingly? Why can’t bodies just do what you want them to? Bodies should just work forever. This seems highly unfair. I hate this little stretch where the shoulder on the right is too narrow but I don’t feel like crossing over to the left. Maybe my foot will stop being tingly soon. Split pace: 9:06.

She became a vegan sometime in the late 90s or early 00s. At the time, I had actually been a more strict eater than I am now, not eating dairy or chicken, hardly any red meat. I still ate eggs and fish. I think this may have rubbed off on her but, of course, she had to one up me, deciding to no longer eat any animal products. She stopped wearing leather. Everything was organic. All-natural toothpaste. No plastic. She was so healthy. She was so careful.

Mile 6: Almost time for the Thanksgiving Day 4-miler. I wonder what my pace will be this year. Last year’s was 9:15. I’ll be faster this year. I wonder when I’ll hit my athletic peak. When will my decline start? I hope I have some years left. Should I keep going straight and just make this an 8 mile run? I could. No one will know. But I’ll know. I’ll turn left and do the full 10. Split pace: 9:11.

As a young woman, my mother, like everyone else in the 60s, was a casual smoker. She stopped as soon as she found out she was pregnant with me and never smoked again. Maybe a drag or three at a party (I mean, it was the 70s), but, eventually, she stopped completely. I always hated cigarettes. They seemed dirty and gross and even at a young age I knew they were why my grandmother died. My mother barely even drank. She would regularly joke about how “swiffy” she got after only half a glass of wine. She is still, to this date, the only human being I have ever known to use the word “swiffy.”

Last year, I flew into New York a week before Thanksgiving. I went straight to my sister’s house with plans to see my mom later. A few hours after arriving, we got a phone call from my brother-in-law that my mother was in the hospital. We weren’t sure why. We drove there immediately. It turned out she had temporarily lost the ability to speak. At first, we thought she might have had a stroke.

Mile 8: I always love this stretch even though I’m tired and it’s uphill. I love it because I am almost done. I both love running AND being done running. I love the promise of getting to be done. That’s part of why I love running. It’s a bit of suffering with the knowledge that soon, you will no longer be suffering. You will be free of pain. Split pace: 9:33.

The first thing they found were tumors in her brain. Only a couple, they had caused her inability to speak. The doctors gave her medicine to shrink them so she could speak again, which she did. They scanned the rest of her body for cancer and found nothing. We were relieved. Since she wasn’t allowed to drive for the time being, I decided to move in with her for a couple of months to help out. L.A. had been, so far, a career wasteland for me. I’d felt completely useless out there. This would be a nice change of pace.

Mile 9: My nose is so stuffed. I guess because it’s 30 fucking degrees out. I want to do that blow one nostril thing on the side of the road, but it’s so disgusting. I can’t do it. I can’t. I can’t. Nope. Actually. Okay. I can. I’m doing it. I’ll do it on the side of the golf course. Nobody is golfing in 30 degree weather anyway. Wusses. Split pace: 9:35.

After more tests, they found cancer in her lungs. So small that previous tests hadn’t detected it. That had been the source of the brain tumors. I learned what “metastasized” meant. For the first few months, you wouldn’t suspect anything was wrong with her. She walked as much as she could. She still did little workouts on her yoga mat, lifting handheld weights and doing stretches. Still ate as healthy as she could. Went to all her doctor appointments. Everything she was supposed to do.

Mile 10: Only a few more hills. One more mile. I want sliced turkey on a bagel. I need to go food shopping. I want to tell her about this run. But I can’t. I will be walking into an empty house today. I guess I could tell the dogs, but I have a feeling they won’t exactly give a shit. This was a good run. It isn’t even that cold. The sun is out. Split pace: 9:27.

She started slowing down. Spending less time walking and more time sitting. Then, more time lying down. After one race, I came home to tell her I had gotten an age group medal, something I loved to do because it always made her happy. But I’m not sure she understood me. The next time I won one, I didn’t mention it at all because she was in so much in pain. It felt flippant to talk about my silly medal.

I hoped I had already made her proud. Either way, I was out of time.

After she died, I kissed her cheek and held her hand for a little while. 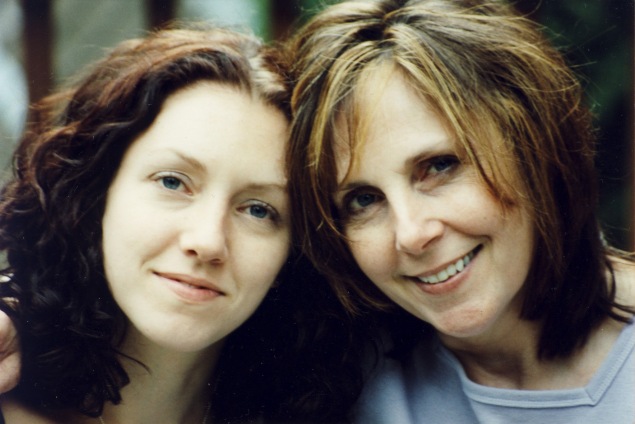 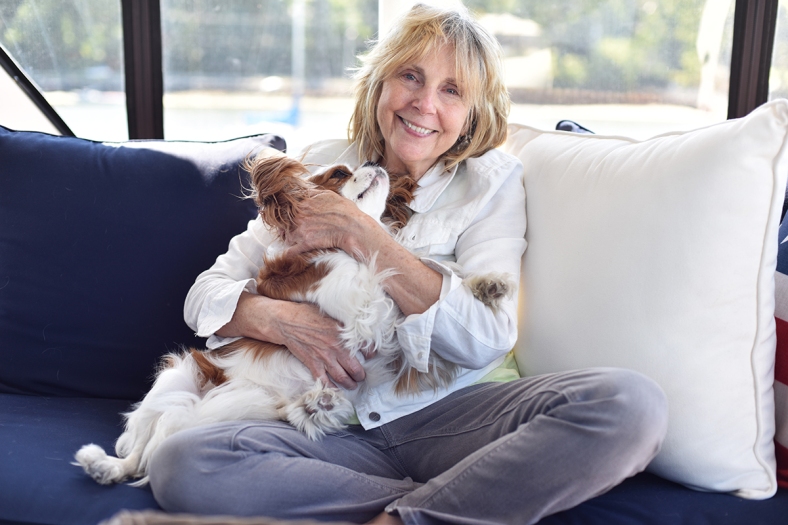