I moved from L.A. to Long Island last December because my mother had been diagnosed with cancer a week before Thanksgiving and we were told she wouldn’t be able to drive for two, maybe three, months while she was undergoing treatment. So I thought I would move in with her and do her errands for a little while.

Little did we know at the time that this would be the beginning of a 359-day excruciatingly slow decline, culminating in her death at home yesterday morning, mere seconds before I was to head out the door to catch the 8:11 train into the city.

I knew she was bad – only a day earlier, we were told she had to stop eating solid food. Her breathing was loud and labored. I regret not being immediately at her side as she took her last breath. Instead, I was rushing to get to work on time. I’m not even sure I was planning on saying goodbye. She’d been so out of it lately anyway. I don’t think she would have noticed.

As I ran my 4.3 miles that morning along roads my mother and I had driven down countless times in our lives, past the street we lived on when I was in high school, past the street her father lived on for decades before his own death in 2011, I wasn’t thinking that today would be her last day. I knew it would be soon. But I never thought “It will be today.” I never thought that. It was always “Maybe tomorrow, maybe next week.” But never today.

After my run I took some dumb pictures in her backyard of my feet for my running pic. I also captured some red leaves because they were pretty, even though they were dying.

She stopped breathing about half an hour later. Her caretaker – a wonderful woman named Gloria who had been with us for the past couple of months – called my name and I knew. I knew. I’m glad I was there in the house. She wanted to die in her house. That was important to her. I also thought it was pretty good timing on her part: after my run and before I left for work. Good thinking, Mom.

I bought those shoes with a gift card she had given me for my birthday, by the way. She knew how much I loved running so she got me a gift card to the local Super Runners Shop. When she handed me the envelope in June – her handwriting already shaky from weakness – I remember thinking, “This is the last birthday present she will ever give me.” And of course, I was right. 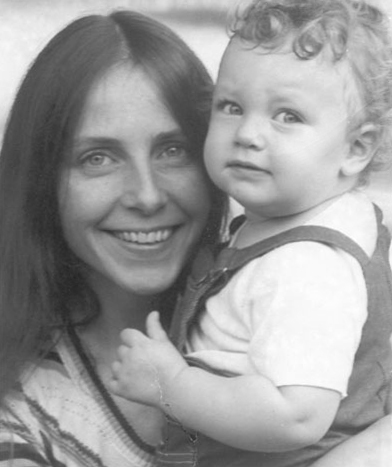