First of all, if you submitted to the 2019 TCS NYC Marathon lottery, you are one among a record 117,709 applicants. Note that this is not the total number of people hoping to run the race, only the number of people who submitted through the lottery. It does not include runners guaranteed entry through time qualifying standards, charity fundraising, the 9+1 program, international tour operators, completion of 15 or more NYC marathons, virtual races, or those who cancelled in 2018 and chose to run this year instead.

It’s just the number of runners who submitted via lottery.

If you did not get in through the lottery this year, count yourself among 107,999 applicants who were rejected, as only 10,510 runners were accepted. That’s 8.93% of those who submitted. Trust me. I did the math on my phone calculator, which is never wrong.

In other words, 91.07% of lottery applicants were rejected. So, don’t take it personally. (And no, it’s not a “scam” as I have seen more than one person suggest.)

Why so low a percentage, considering that in years past, 15% or more of lottery applicants have been selected? According to NYRR, this year saw a record number of qualified entrants – those runners who met any of the standards mentioned above. As big as NYC is, there are only so many runners the race can accommodate. Last year’s race had 52,813 finishers. That number has increased year after year (and a far cry from the 55 finishers at the inaugural Central Park race in 1970), and as far as I can tell, nobody, including me, wants it to get much larger.

So with so many qualified entrants, it only leaves so much room for everyone else.

From what I’ve seen in the past couple of days in the form of social media comments, it’s definitely emotionally draining to keep applying year after year and never get in while some schmuck who’s never jogged more than three miles and submitted on a whim is accepted on her first try (hey, women can be schmucks too). That’s just the way it is with a lottery. It’s like a money lottery. You can’t complain about not winning Powerball just because you’ve played 437 times over the course of your life. The person playing his first Powerball has just as much of a chance as you do. Fortunately or unfortunately. Thems the rules.

Years ago, NYRR had a policy that said if you submitted a certain number of times in a row and were rejected, you would be automatically accepted. They did away with this, I can only assume because the number of qualified entrants was getting so high that they were going to reach the point where there would be no room for non-qualified entrants, which would surely piss a whole lot of people off.

I can see NYRR’s side of this – they’re damned if they do, damned if they don’t. The only way to open up more spots for non-qualified entrants is to have fewer entrants overall, which clearly isn’t happening. The race has almost become a victim of its own popularity.

But hope is not lost for those who submitted and didn’t get in.

For the 2019 race, which is eight months from now, it’s too late to submit through being a time qualifier or the 9+1 program. It’s possible for the 2020 race. Obviously, being a time qualifier takes a lot of hard work and, even harder, a lot of time. I have worked my ass off to become a better runner in the past few years. I regularly finish in the top 5-10% of my age group, and yet my 2018 marathon finish time is still about 25 minutes off from time qualifying. For others, theirs is much farther off. For the vast majority of runners, it will never happen.

The 9+1 program, which is what I completed in 2018, is a way into the race for NYRR members who run nine qualifying NYRR races and volunteer at one. This, of course, is easier to do when you live in NYC like I do. I’ve heard of others who do it without living here: I read one comment from a runner who lives in Baltimore and does 9+1. It just takes time – and money for not only the races, but for travel and accommodations. It’s a grind, but it’s possible for some.

All that said, there is one avenue that can still guarantee entry for 2019 for those who were rejected through the lottery and that doesn’t cost anything: running for a charity.

In late 2017, after my mom died from a year-long battle with cancer, I decided to run my first marathon. I’d be running for years but never had the courage to tackle the 26.2-mile distance until then. To be honest, I think there was something about seeing my mom’s health deteriorate that made any physical discomfort I experienced pale in comparison, and in a weird way, almost welcome. I could write a whole book on this alone, but I digress.

So I signed up to run with Fred’s Team as not only a way to guarantee me entry into the race but to help raise money for cancer research. I had never fundraised for a race before, but suddenly I had a very personal reason to do so. I was excited to be able to keep my mom on people’s minds as I raised money in her name. (Fred’s Team was named for Fred Lebow, the man who created the NYC Marathon and longtime president of New York Road Runners. He died from cancer in 1994.)

Fred’s Team was great. They were there throughout the summer and fall to offer support in the form of fundraising ideas as well as training. They hosted three runs a week for fundraisers: workouts on Tuesdays and Thursdays and long runs on Saturdays. I could never make the weekday runs due to my work schedule, and I preferred doing my long runs on Sundays, but I did make it out to a few Saturday long runs with them. One of them went from the upper west side of Manhattan all the way down to Coney Island. Another went down a closed-to-traffic Park Avenue and across the Brooklyn Bridge during the city’s Summer Streets program. It was fun running in a group and meeting fellow runners raising money for such a great cause.

There were other perks to running with Fred’s Team: a Facebook group where people could share posts about running and fundraising. A beautifully catered dinner and presentation the night before the race. Private buses to the race start. A members-only tent at the finish stocked with food, water, and volunteers to give you whatever you needed. They really did provide all you could ask for in the form of race support.

There were three different fundraising “levels,” each with varying perks, and because I was new to the process, I selected the lowest one. This required me to raise $3500. I got to work early, first posting about the fundraising early in the year, I think January. Friends and family were very generous, I think in part due to the passing of my mom. There were times I felt a little guilty about mentioning her, as if I was “using” her in some way. But I tried to remember that if I was “using” her, it was to raise money, and not even money going to me – it was going to Memorial Sloan Kettering’s cancer research programs. The money was going to a good cause, and one I’m certain my mom would have supported.

As with all charity organizations, the rules stipulated that whatever I didn’t raise would be my responsibility. So if I only raised $2500, I would have to pay $1000 out of my own pocket if I wanted to run. This was a risk I was willing to take. Fortunately, in the end, I raised about $3900.

HOW I RAISED MONEY

I took the minimal approach to raising money, meaning I didn’t really go out of my way the way some others do. I’ll write about what I did before moving on to ways others have done it.

OTHER WAYS TO FUNDRAISE

There are definitely more ways to raise money than what I did. Here are some examples of ways I’ve heard other people doing it.

Now that you have a better idea of how to fundraise, go ahead and choose a charity! The TCS NYC Marathon has over 400 charities to choose from. Explore the entire list here.

You’ll see different levels of charities: gold, silver, bronze, and community. From what I can gather, all of them offer guaranteed entry into the marathon, but the perks may differ level to level – for example, gold charities may offer private transportation to the race start while community charities may not.

Most importantly, choose one that means something to you. You don’t necessarily have to know somebody who passed away of a disease in order to create a personal connection to a cause. Each charity has many stories of people who have been helped through their organization. Read through as much material as you can and use some of those stories to create meaningful ways to reach out to potential donors. When people can put a face, name, and story to a cause, it makes it much more likely they’ll want to help.

I’m sure there is so much I’m leaving out in this post about fundraising and charities, but I hope this is a good overview. Leave a comment if you have any other tips. Contact NYRR if you have any specific questions about how any of it works. They are very receptive via email and phone. Also, for an exceptionally thorough look into the NYC Marathon, check out Runar Gundersen’s wonderful website which has every piece of information about the race you could think of to ask. How does the man know so much? He’s run the race 40 times.

Best of luck to everyone running in 2019! Good luck with training, fundraising, and keep thinking about crossing that finish line in November. It’s one of the best feelings in the world and makes all the hard work worth it. I can’t wait to do it again in eight months. 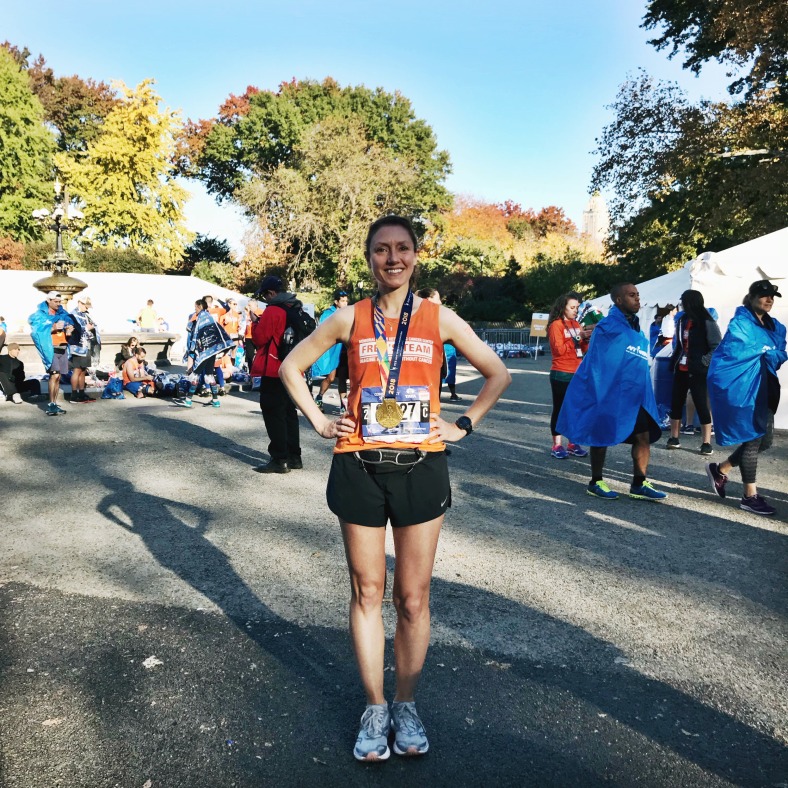