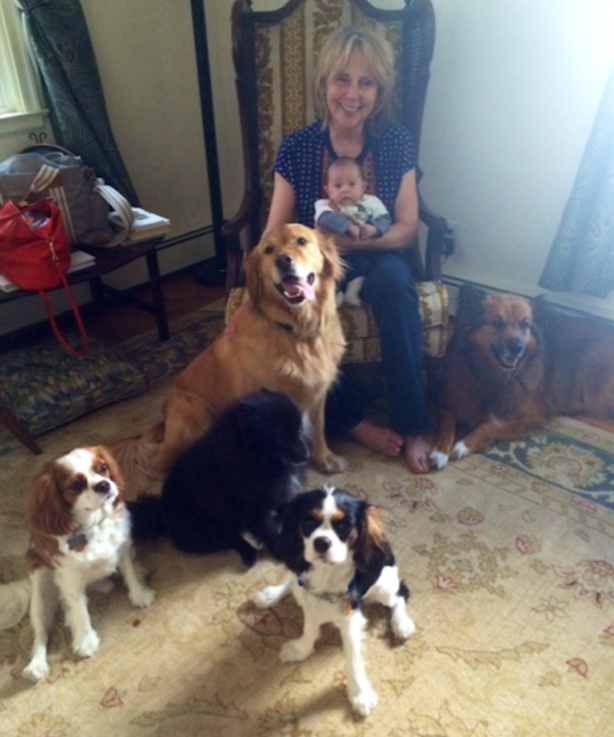 Last week I started a blog post about my favorite indoor workouts. I haven’t finished it yet. It’s long. I didn’t mean for it to be, it just became long as I was writing it, because I tend to overwrite, and also sometimes I write super long sentences that could easily be broken up into several smaller sentences but it’s fun to draw them out without an end in sight and I do it because writing can be whatever you want it to be.

There is not much to write in the world of running updates, but maybe there will be soon, because I swear to goddess if I don’t run again soon I am going to fucking splinter into a million shards of glass or implode into a black hole and disappear forever, either one, take your pick – glass or gas – but I honestly feel like it could go either way.

Here is what I do know. Let’s do this in bullet point. Again, writing is whatever you want it to be.

Adding to my general anxiety is the fact that I am selling my mom’s house. It’s the house I’ve been living in for the past 15 months. It’s not the house I grew up in, but it’s the house my mom lived in. It was her house. Now it’s my and my sisters’ house. And soon it no longer will be, because it went on the market today. Several people have already looked at it. I’m told it will sell quickly.

I haven’t even begun the process of finding a new place to live yet.

And I have two medium-sized dogs that need to live with me because it was quite literally the only promise my mom cared about me fulfilling. And I need to live in the city. With two dogs. Who are not small or cats.

I also need to pack.

I want to say fuck it all and just do a run. At this point, the worst that will happen is that my knee will feel slightly worse afterwards and then maybe I won’t run again until it’s better. Or it could be fine. I’ve run on sore calves, sore ankles, sore hips, and I’ve been okay. Sore for a few days and kept running and the soreness went away. This could go away too.

I felt a little panicky today about everything. The knee, the running, the house, the moving, the dogs, and what the hell do I do about the three-year car lease agreement I signed nine months ago? I don’t want a car in the city. I still need to do my mom’s taxes. I need to buy about 8 million boxes. I need to run or else I will die.

Full disclosure: this is an extremely anxiety-ridden post. I was borderline panic attacky earlier today. Like, short of breath, about to cry, and unable to stop eating snacks and sucking mints and drinking tea and chewing gum and drinking seltzer and eating more snacks. But I know it won’t last forever. This too shall pass, as my mom used to say. Everything will be fine and I’ll be okay and life will go on and I’ll live a nice long life where I’ll run until I’m old and continue writing in beautiful, terrible, long sentences.

I’m writing this on the train ride home from work. I usually read during this time but I needed to get this out. I actually feel better having typed all this. Writing is great. Running and writing. It’s all I need. Well, and eating. The ultimate trifecta of life.

Speaking of which, here is my incredible breakfast from last Friday.

One thought on “This Too Shall Pass”