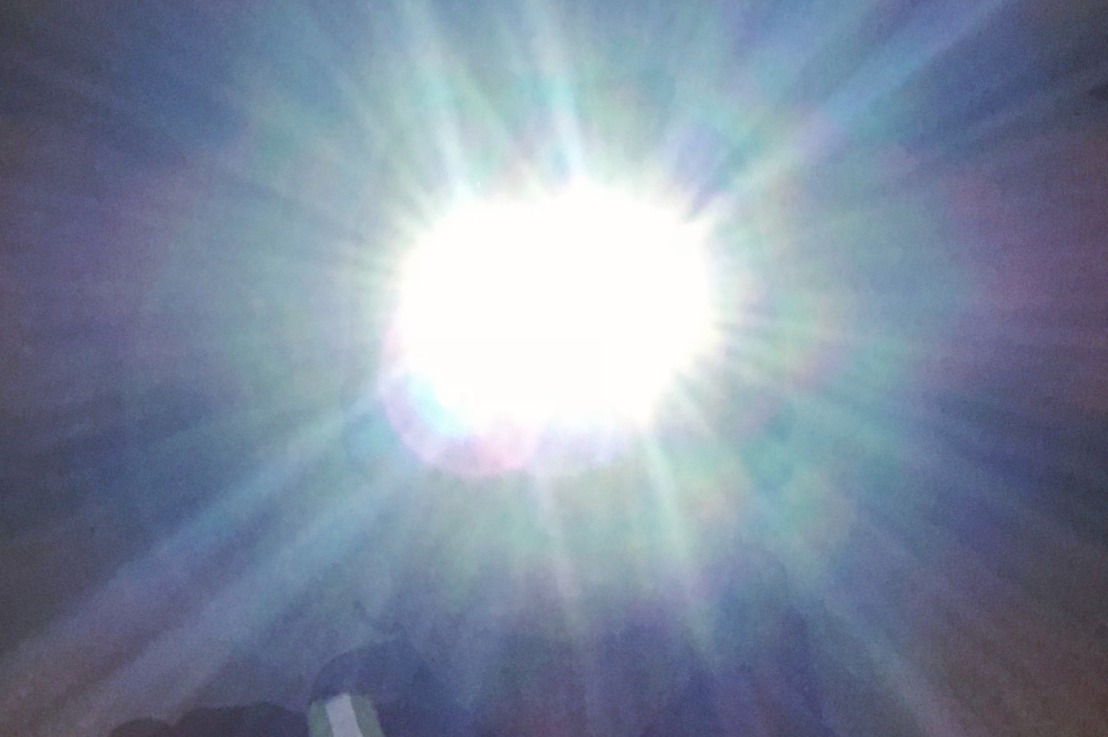 It’s been cold out and I’ve been feeling blechhh.

But before I get to that, I’d like to point out the highlight of my day so far, which, I’m sorry to say, was not my run. It was Anderson Cooper reading one of my tweets on air.

I never talk about Twitter on here – mostly because it’s become a pointless wasteland that for some twisted reason continues to pull me in and has absolutely nothing to do with running, in fact, it’s somehow the complete opposite of it – but hell, I had to mention this. Because 2018 is going to be the year I brag about shit. I don’t care anymore. I’ve never been someone who brags. And guess what: it’s gotten me nowhere. SO I’M GONNA BRAG.

I’ve realized that I can’t run outside in sub-20º weather without something covering my nose and mouth, so after not being able to find anything in a store in person (granted, in Times Square on my lunch break) I ordered a balaclava on Amazon last week. I spent so long looking on various websites and on Amazon for the PERFECT piece of cloth to cover my head, ears, face, and neck – and finally decided to get a really cheap one ($8.99). I figured if it wasn’t perfect, I wouldn’t be out too much cash.

It was supposed to arrive before the weekend but, due to the Bomb Cyclone, it didn’t arrive until Sunday afternoon.

So like a big dumb baby, I didn’t run this weekend. Saturday I did some strength-training & HIIT in my basement; on Sunday I spent an hour and a half shoveling the driveway. That was actually a great upper body workout – I’ve been feeling it in my arms and back for the past two days.

I’ve also been feeling more run down. I’m trying to get more sleep. I feel like the past few months of sleeping 5-6 hours a night are only now starting to catch up to me. It’s getting harder to get out of bed at 5am. The snooze button has become too close a friend. Unfortunately, the only thing that’s going to let me get more sleep is if I move. The hour and 45 minute commute each way – getting home literally 8 hours before I have to get up, not even having had dinner yet – is not sustainable. I’ll just have to deal with it until things change.

This morning – a wonderfully balmy 32º – it was time to get back out there. I didn’t even need the balaclava.

It snowed a little on Long Island yesterday afternoon, so on top of the foot of snow already on the ground was a new dusting. It didn’t look too icy so I decided to do my 4+ mile route, going down a main road that, with all the snow on the ground, I hoped had enough shoulder left to run on.

I was excited to try out a new purchase: a headlight! The “Active Lamp – Ultra Bright LED Headlight Flashlight – LED Headlamp For Running, Hunting, Camping & Work – With White Light, Strobe Light and Red Light Modes.” Ha, I only just realized it has strobe light and red light modes. That’s what I get for not reading full product names until I have to type them.

I can’t imagine running with the strobe light on unless I want to give oncoming drivers a stroke.

The headlight worked out really well, especially given that snow and slush are still clinging to some shoulders. Luckily there wasn’t much traffic this morning, even though I left the house around the same time I usually do (maybe it was one of those days nobody felt like going to work?), so I ran in the street unless a car was coming, then I shifted over to the shoulder.

I took it easy and didn’t go very fast due to the slipperier-than-normal ground. I didn’t care about pace today – I can’t really when there’s snow. It felt so good to get out, though. I hadn’t run in a few days. I could almost hear my body thanking me.

It was also SO NICE to run in 32º. Wow. I only needed two layers on top, one on bottom, and one pair of gloves. It was like a cool, brisk fall day. After the last couple of weeks, I will never again think that running in 32º is “cold.”

I forgot to take a pic of me wearing the headlight pre-run while it was still dark out, so here’s one I took in my dark bathroom afterwards.