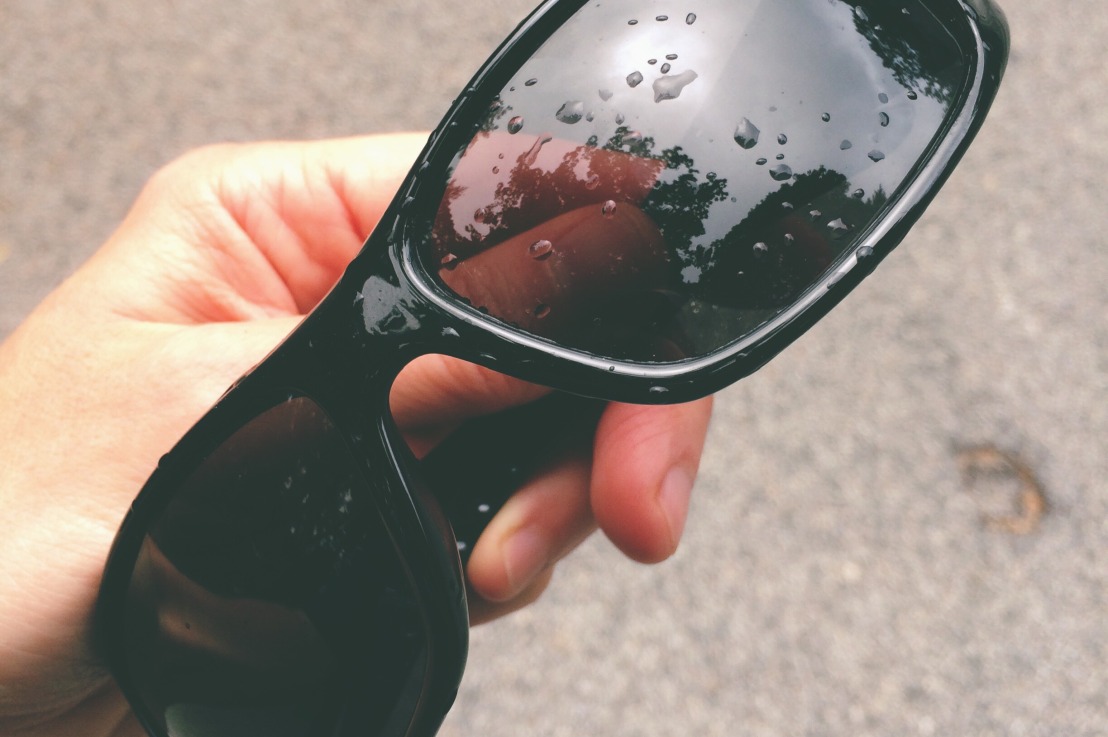 Saturdays are usually a fast 3 miles. That’s it. I try to keep it light knowing I have a long run on Sunday. I decided to try a slightly different route today, guessing it’d be somewhere between 3 and 4 miles (it was) because I need to switch it up every now and then. I used to be very consistent with runs to the point where I wasn’t running farther or faster often enough, and going the same routes all the time, so I just remained at this dull, static level where I wasn’t improving or challenging myself.

About a mile in, it started raining.

A light drizzle at first, then a bit heavier as I turned down 25A, a busy road where I knew that if it got bad, I could just duck into a storefront and call my sister for a ride. Luckily it never got to that point. Now, I don’t mind getting wet. It’s my phone and my wireless earbuds I worry about. My phone was pretty well protected in its armband (which was completely covered by my t-shirt sleeve) but my earbuds started doing weird stuff – after only 20 minutes of running, the computer voice said “battery medium” and that NEVER happens until about an hour into the run. Also this weird faint crackling sound started happening, so I really wanted to get home before my ears caught on fire and my head burst into flames.

And as I made a right turn off of 25A to head towards home, the rain stopped. Just like that. If I were superstitious or that weird kind of religious where you think everything has meaning and god is CONSTANTLY looking out for you despite the countless atrocities happening all over the world that are much bigger and worse than anything you’ve ever experienced in your relatively pain-free life, I would think that “someone was watching over me” and stopped the rain, which I know is horseshit. It’s called a coincidence. However, I have to admit, it was REALLY weird when, literally seconds after I stepped inside… it started pouring. Hmm. God? Is that you?

GOD: What? Who? Jesus, no, I’m busy, go away.
ME: But you stopped the rain for me, right?
GOD: I’m sorry, WHO are you? I have a ton going on right now, do you mind? Can someone get her out of here?

Anyway, maybe all that rain/phone/earbud fire anxiety accounted for my pace this morning, which was a lot faster than normal. I think it’s probably a LITTLE inaccurate – the phone GPS is not the best indicator of an exact route. In fact, I thought this might be a little off so I went into “edit route” on mapmyrun and corrected it a bit, dragging it out from inside people’s homes and back onto the street. I think it’s still fairly close to my actual pace – it’s not like I ran a 9:30. It definitely didn’t feel like I did. While I didn’t aim for race pace, I did try to push myself into slightly uncomfortable territory.

So a good, short, fast run where I got a little wet but avoided any major damage. Now I just have to deal with the fact that I totally forgot I can’t do a long run tomorrow – I have a 5K to run! I guess today was a good warmup. Let’s see how it goes.