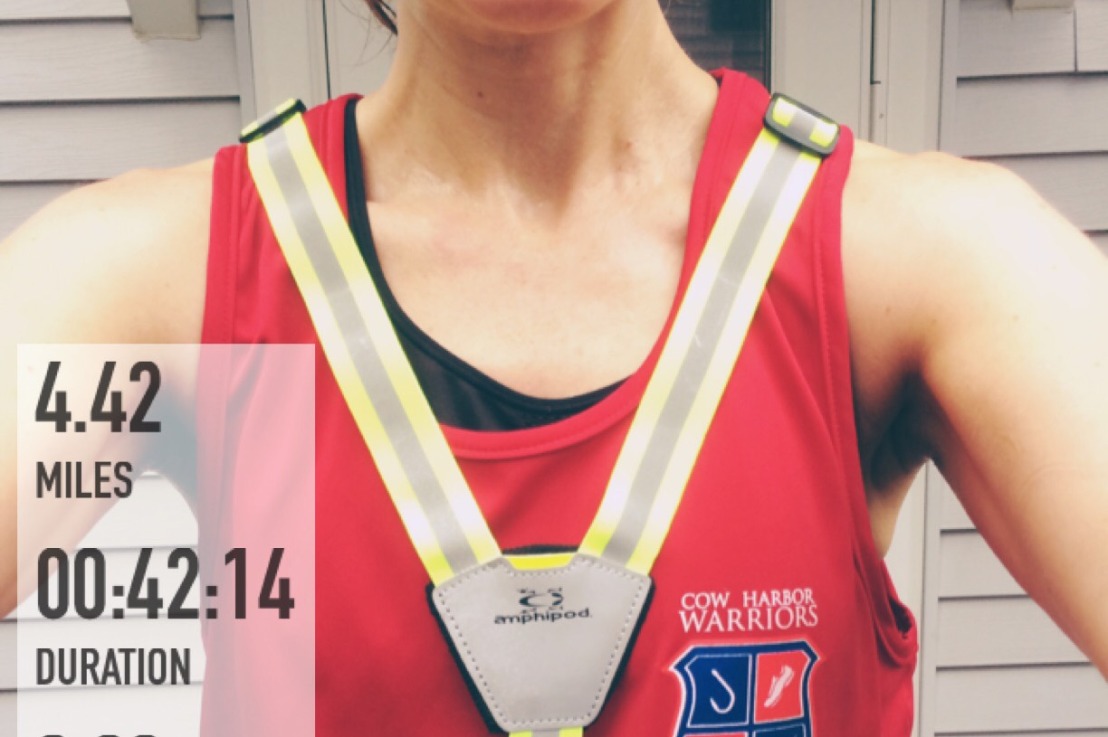 Did my good old 4.3-miler this morning. It’s the route I’ve probably done most since moving back to Long Island last winter. (It was actually a 4.4-miler this morning as I started running closer to my house than normal.) And damn, I went faster than I thought I would. DAMN. 9:33? This is nuts. 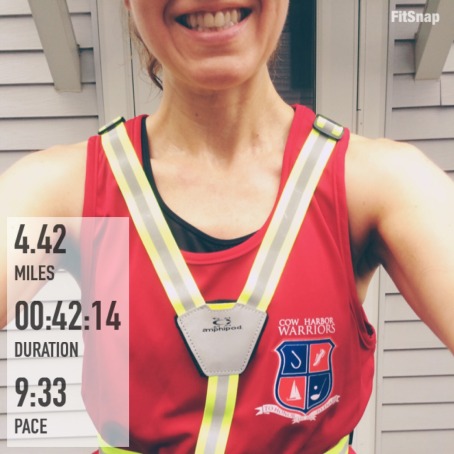 I did feel it was faster than conversational pace, but I also wasn’t uncomfortable. I felt good. I got about 5 and a half hours of sleep last night, but that seems to be all I need. If I get 5, I’m okay. Between 5 and 6, good. Close to 7, incredible. More than 7, I’m probably getting sick. Around 8, I am definitely dying and should go to a hospital.

I think my faster-than-normal pace today was also a mental thing – last night and even early this morning, I had planned on going 5 miles. I’d thought it might be nice to switch it up a bit and do a distance in between my usual 4.3 and 6. I plotted it all out the night before on geodistance.com, which is a great site for seeing how long certain routes are.

But between making my salad for lunch (which I usually do the night before but I’d gotten caught up watching the season premiere of The Good Place and then just got tired) and walking the dogs and all the other little things I do in the morning, I was low on time. So instead of 5 miles, I just did my usual 4.3. As a result, I think my brain was like “oh cool, we can go FAST now that the route is SO MUCH SHORTER!” Even though it was the SAME ROUTE I normally go, and only a little over half a mile less than planned. Brains are weird.

I also wore this Amphipod Xinglet for the first time. I bought it last week so I don’t get hit by a car when I run before dawn. I just started a job working in the city (for anyone outside of New York state, “the city” is what we call New York City) so I have a strict, early schedule now. I used to head out on a run around 7:00, 7:30, maybe 8:00 on a lazy morning. Now I have to be out the door no later than 6:15. I get up at 5:00. I like it, though. I’m one of those people who loves getting up early and loves winter and loves decaf. I think a lot of people hate me.

I probably didn’t NEED to wear it today – it would be pretty light out by the time I hit the end of the first mile – but that first mile goes down a busy road and besides, I wanted to try it out. It was a little cumbersome but worked out. I was trying to figure out how tight to make it: too tight, it feels constricting and I get sweaty; too loose, my forearms chafe against it and it starts to slip off my shoulders. Probably better on the tighter side. It also might feel better in cold weather when I have a couple of layers on. But I’m sure as hell not running with a miner’s lamp on my head or anything, so this will have to do.

Time for a cup of decaf to wake myself up!